The Ethnic Health Forum is a Rusholme-based charity which offers a range of services to local residents. They have been working in the area for around four years, providing counselling and mental health support, health information and support with welfare benefits and employment related issues. Because of the community they work in, most of the people who use the service speak Arabic, although they are open to everybody. They also involve people as volunteers.

One day, a man in his early 20s arrived on their door step. He was Mahmoud, a refugee from a war-torn country. He said he needed support with everything, from improving his English, to finding somewhere to live to sorting out his benefits problems. Everyone at the project was amazed how quickly he progressed. Shortly after meeting them, he enrolled on an English course at a local college, and started volunteering to help other refugee clients with welfare rights and employment issues.

He also came on training with Macc to learn how to be a community reporter, using interviews and film to capture the views and experiences of local residents. Today, he has been working with Hanif at the Ethnic Health Forum to plan a project which will use these skills to carry out interviews in bars and cafes in Rusholme, to look at people’s attitudes to smoking shisha pipes. This work has been funded by the BME Network and the University of Manchester, and the results will feed in to Manchester’s Stop Smoking Strategy. Mahmoud will be involved in interviewing 8-10 people, running a group session in one of the cafes, and also developing a Survey Monkey survey so people can still contribute even if they would rather not be filmed. 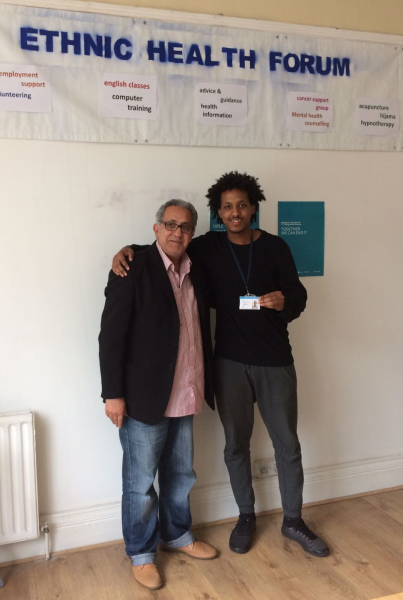 Spirit of Manchester Story - Making sure every child celebrates their birthday

Birthday Stars provides a party on a monthly basis for a group of children whose birthdays fall around that time. It is also an opportunity for the parents of those children, to meet for a chat as well as share their children’s party; a family day to celebrate is available to all.

The aim of Birthday Stars is to make sure that children whose families are in crisis are still able to celebrate their birthday with a party and family gathering. Organiser Jess Taylor works with agencies supporting the homeless, victims of domestic violence, and refugees where situations of trauma for children are most likely. In such difficult circumstances, families are often just trying to survive, and an organised birthday party for a child is simply beyond their means. Birthday Stars provides a fun time in safe environment for children and their families.

Jess’ own personal experiences led her to think deeply about the importance of celebrating birthdays for every child, which is something volunteers Fabienne and Trish both agree with.
Fabienne said that “Every child should celebrate their special day”, with Trish adding that “All children need good memories”.

Birthday Stars recently secured a permanent home at the Aquarius Centre in Hulme and the colourful Birthday Banner made by children at previous parties will be on display.

Jess is now focussing on a new crowd funding initiative to ensure that the free children’s parties keep going. A big fun day is also planned for 6th October at the Aquarius Centre to raise money. 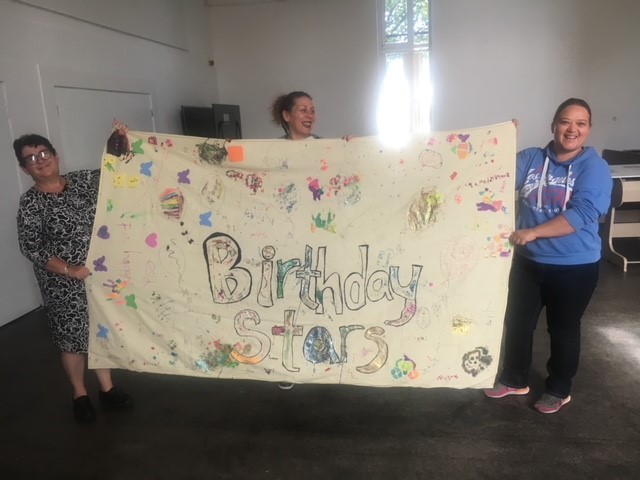 TLC: Talk, Listen, Change is a relationships charity that was originally founded in 1981 to provide relationship support. After 35 years of delivering services, they disaffiliated from a national organisation in April 2017 and currently provide an extensive range of services across each of the 10 GM boroughs.

One of today’s regular Thursday activities is one of three weekly Bridging to Change men’s perpetrator programme sessions. The programme runs for 30 sessions with men who have perpetrated domestic violence against their female partners. From 1-3pm this afternoon, men who use violence in their relationships will attend a group session and discuss communication styles, any new positive strategies they’ve used in the last week, and will discuss how they can make improvements in the future. Senior Facilitator, Donna, says, “being able to do two hours of self reflection a week is the way forward for anyone, not just the men who attend our groups”.
The co-gendered structure of the group is shaped to show the men in the group what a respectful, healthy interaction between men and women looks like, and helps to break down misogynistic stereotypes.

“Research shows this is where men make the most change, because they’re being challenged by their peer group. All the learning and the change that they go through is passed on to new members. If men are going to change it’s usually around week 20 when something lands with them, and they can see defences and excuses and rationale they have for their behaviour. The dynamic of being around the new group members encourages new thinking. The real learning comes from men challenging other men. It’s powerful for the young men in particular. There’s something there about being around men who are acknowledging their mistakes and showing their vulnerabilities.”
Donna also works with women who use violence in relationships, and currently works with women in same-sex relationships to provide support on domestic violence to the LGBT community.
Support to women whose partners attend the Bridging to Change programme is offered on a one-to-one basis. Integrated Partner Support Worker, Emma, takes a needs-led approach to empower women to realise that their partner’s behaviour is unacceptable. She takes a non-judgmental attitude and supports women experiencing psychological, financial, emotional and sexual abuse. These one-to-one sessions, held daily at their main office, unpicks negative stereotypes and promotes the idea that women are not to blame or at fault for being abused. The national retention for survivors remaining in services is 5%. For those who access TLC’s service, the retention rate is 65%, thanks to the great work of people like Emma.

On a day to day basis, Talk Listen Change offers support for people in the community to enhance their relationships. However, the impact of their approach doesn’t end there. Strong relationships are built between practitioners and service users and remain after the duration of their partner accessing perpetrator support.  One service user says, “Our lives are so much better than I thought they could be, thanks to your guidance. I will always be grateful”.

All of the work of TLC’s domestic violence services is designed to promote the safety of survivors, victims and children. 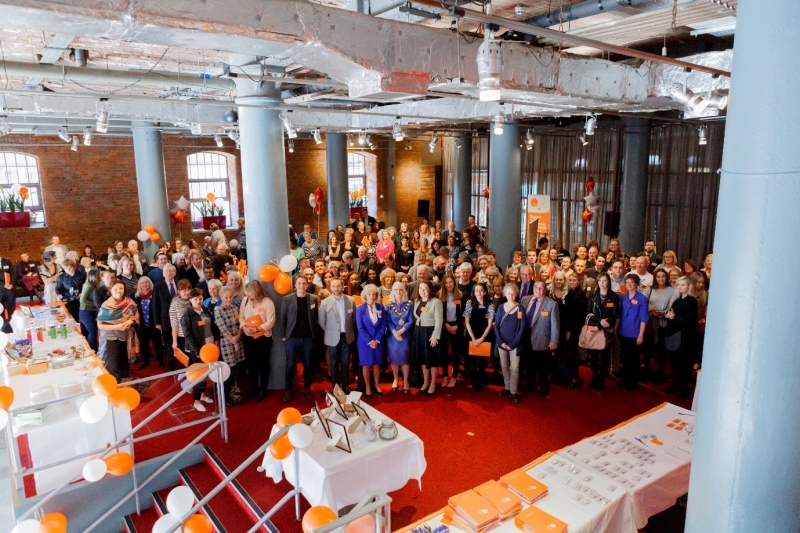