Friends of the Fallowfield Loop - Getting people out of their cars

Friends of the Fallowfield Loop is made up of 100 members, of whom around 30 are regular volunteers, working in partnership with Sustrans and the National Cycling Network to maintain Fallowfield Loop and encourage more use by making it as attractive and easy to access for everyone as possible! This has included a long campaign to remove barriers along the path, which now means that disabled access has greatly improved and bikes of all shapes and sizes can enjoy the route.

To support their aim of raising awareness, the group have regular information stalls in different locations along the 10km loop. Currently, the group estimate that around 400 people at least use the loop every day during spring, summer and autumn. The group have also created an information leaflet that has been distributed to all the houses backing on to the loop and they were surprised how many people who live locally to the loop didn’t even know it existed!

Along with twice-monthly path maintenance and improvement sessions, there are organised litter picks and the group has cleared an overgrown area that has now become a well-used park for young people and the venue for the HandleBards, a troupe of Shakespearean players who have performed at the Quadrants in Levensulme. 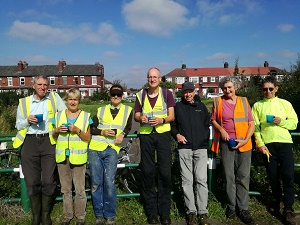 To find out more information about the group and the Fallowfield Loop, you can visit: https://fallowfieldloop.org/ 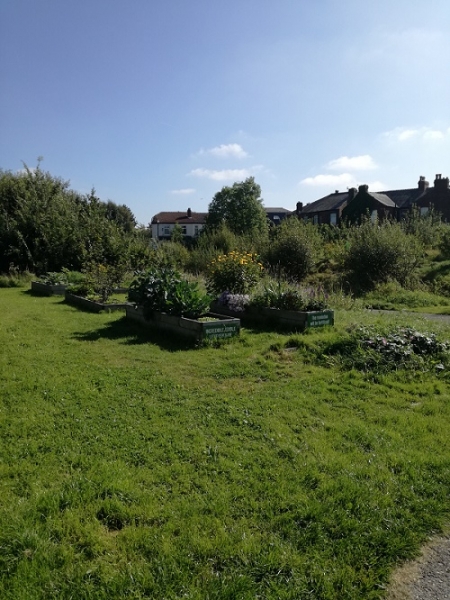 Stitched Up - Reduce waste and gain skills at the Repair Cafe

Saturday was a busy day for the Stitched Up Repair Cafe at their Chorlton HQ. This free volunteer-run event is on the 3rd Saturday of the month and anyone can drop in with their broken items to see if they can be fixed. On 21st September, they could help with fixing clothes, furniture, electrical items and computers.

Sarah, a volunteer at the cafe, said, "It fits in really well with Stitched Up ethos of sustainability and reusing materials. People who come along with items can often become volunteers themselves. The sessions reduce waste, increase skills and foster a sense of community".

Six people came along and some had multiple items including a CD player, ice cream maker and a sewing machine which was brought in by Sue. After it was fixed, Sue said that she was excited about what she could do now with it. The clear benefits for the environment include not throwing away items into landfill that can be fixed and not buying new items that need energy to make. The cafe is not a quick fix but there are people there determined to work it out with you. The benefits for people were not just having their items fixed but also increasing their skills so they can help themselves and others in the future.

Caroline, who brought lights, a doorbell and an ice cream maker to be fixed, said: "This is the third time I've been to a repair cafe in Chorlton and Levenshulme. Each time the volunteers have not only fixed/endeavoured to fix my things, they have also explained what they are doing and have let the kids see. It's a really friendly space that has stopped things going to landfill!"

Helen (brought a CD player) "After my first time at a Repair Cafe today, both my husband and myself are interested in volunteering our skills in computers and upcycling. Brilliant, vibrant and exciting place."

Sarah (Discussed upcycling a second hand lampshade with her late father's ties and brought a radio): "The repair cafe is a fantastic community resource. I have received professional help to fix a radio and design a lampshade - both items would have ended up in landfill. The volunteers are brilliant, thank you very much!" 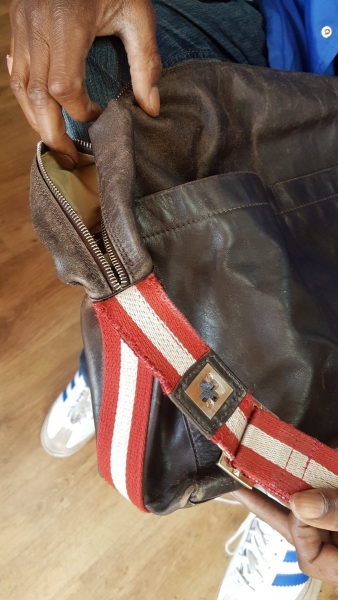 On Saturday 21st September, Azuka and a group of young people built a wind turbine in three hours in Longsight from waste materials such as drainage pipes. This was part of a A2Z Renewable Development Trust programme to provide training courses on energy efficiency and renewable energy technologies and many of the young people came from across Greater Manchester including Oldham and Moston. Many had heard about it by word of mouth. Two weeks ago, they talked about a battery to store solar energy and the young people learnt how a motor works and how it generates electricity.

Azuka, the workshop leader, has a civil engineering degree and a masters, and has long been passionate about renewable energy. He said, "I come from Nigeria and I have always been interested in energy and technology. It is important for young people to learn about IT, renewable energy and artificial intelligence as this will be important knowledge in the future. They have been really interested in the workshops and it gives them something to do". 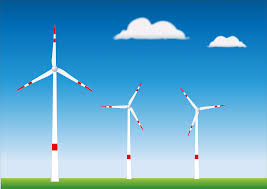 For more information on the A2Z Renewable Development Trust, you can visit their website - https://a2zrdt.com/.