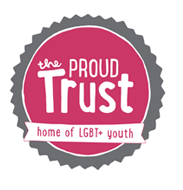 What is a ‘BAME LGBT ally’
A BAME person who...
• Does not necessarily identify as LGBT themselves
• Is an example within their community of someone who believes in and fights for equality for all people
• Challenges discrimination against LGBT people (homophobia, biphobia, transphobia) whether direct or indirect
• Has a basic knowledge of what LGBT means, some of the most common experiences and prejudice LGBT people can face
• Can encourage people within BAME communities to engage in discussion on gender and sexuality - with the aim of encouraging others to accept and support people who are LGBT or questioning their identities
• Someone who advocates for the work we do and the support that we provide for young people

Aims for the network
• To develop a network of BAME LGBT allies who can be called upon to help support young people and help support reach further by:
• Booking workshops for youth groups and projects
• Supporting BAME LGBT young people
• Challenging homophobia, biphobia and transphobia
• Opening discussion with co-workers, young people and community members around equality, gender and sexuality
• Being a visible ally
• To feel confident that BAME LGBT young people who are and are not accessing LGBT specific support feel as though they have support and acceptance from within their local communities.
• To reach and support communities who perhaps - for varying reasons - may struggle to have open conversations about gender and sexuality, who feel unsupported in this area or who feel that it is in conflict with tradition, culture and or belief.