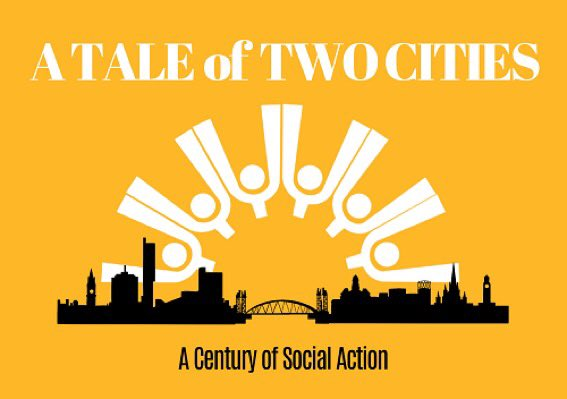 Monday 22 July 2019 marks 100 years (to the day) of the formation of Manchester and Salford Council of Social Service. Macc, Salford CVS and Gaddum have worked together to mark the occasion with a celebratory event at the People’s History Museum. We felt it is important to mark 100 years of social action across the twin cities of Salford and Manchester.

Gaddum was established as a charity in 1833 as a direct result of the cholera epidemic in Salford and Manchester. Manchester and Salford Council of Social Service was established on 22 July 1919 as a direct response to the aftermath of World War One, with food poverty, disability, housing shortages, etc., endemic in our twin cities. Gaddum was instrumental in establishing the new body – right from the start it was a strategic decision shared by the public and charity sectors that some central organisation was needed to make best use of resources and maximise the potential of voluntarism, charity and philanthropy in the city. Henry Gaddum was the first Chair of the Council.

Salford CVS and Macc both originated from Manchester and Salford Council of Social Service. In 1973, it was decided to split the organisation into separate bodies for Salford and Manchester, reflecting the changes to local government which came into effect in 1974. Salford CVS continues to this day. 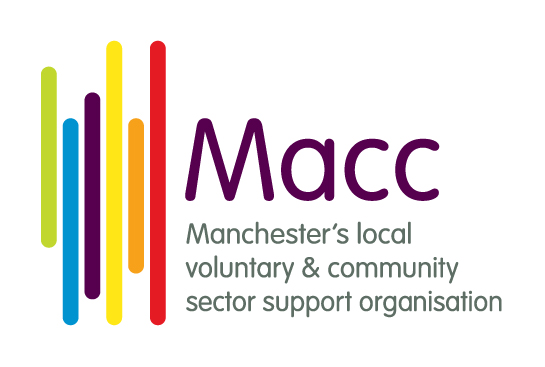 Manchester Alliance for Community Care (Macc) was established as a committee of Manchester CVS in 1981. Its role was to campaign around health and social care and to work with the voluntary sector to drive change. Voluntary sector infrastructure began to fragment in Manchester in the 1990s – MACC separated from Voluntary Action Manchester, as it was known by then, in 1994. Over the next few years there were as many as 18 different organisations delivering some elements of support while other activities such as volunteering are absent. Eventually Voluntary Action Manchester lost its main funding.

In 2010, with recession starting to hit local communities and services, Macc lead a partnership bid to the City Council to establish a new support service for the VCSE sector in city as part of a longer term plan to rebuild an infrastructure organisation for the city. ‘Manchester Community Central’ is launched as single point of access for VCSE organisations. Voluntary Action Manchester finally closes down later that year. Just as Manchester and Salford Council for Social Service strengthened the role of charities in supporting people through the Great Depression of the 1930s, so Macc supported, championed and campaigned during the recession. Manchester City Council invests in establishing a Volunteer Centre with Macc which opens in 2012 increasing the number of people taking part in social action in the city.

Now with 30 staff Macc has a number of key functions

This 100 years event celebrates and reflects upon the collective charitable histories of Manchester and Salford, why MSCSS and its successors were created and our achievements over those 100 years - whilst also looking to the future. We believe that Salford and Manchester still need charitable anchor institutions that tackle inequality and address all forms of poverty in our cities.

Although Manchester and Salford Council of Social Service was founded in the wake of World War 1 to tackle issues such as poverty, housing and unemployment, the work of local charities and community groups is also about hope. Social action makes places good to live in – it is about building places and communities which everyone can share, spaces where our children and young people can play, learn and develop. It is about inclusion, diversity, enabling people – a characteristic of our welcoming, forward-looking cities.